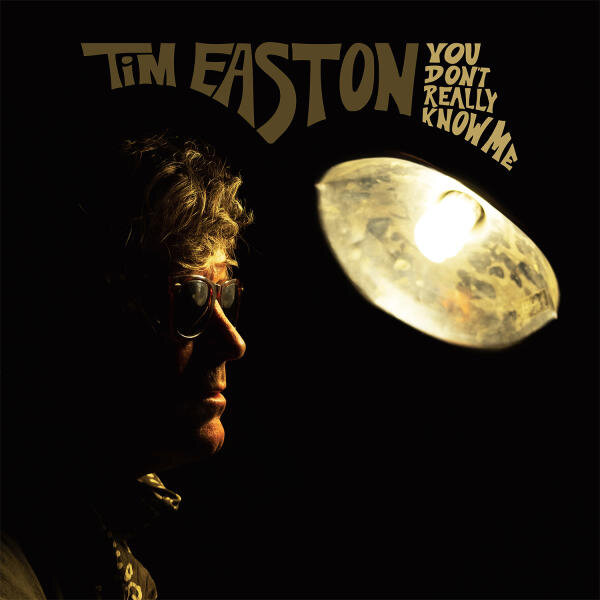 Nashville-based singer-songwriter Tim Easton is releasing his new album, “You Don’t Really Know Me”, tomorrow August 27th. It is no doubt some of his finest work, which is saying a lot for someone with a highly acclaimed 20-year career under his belt. It is also his most personal album. Although it seems trite to call it a recovery album, that is in essence what it is. Easton has recently suffered through a divorce and has gotten sober. So instead of characters that normally haunt his songs, we get a personal reflection. He still tells stories, but on “You Don’t Really Know Me” they are his stories. Easton recruited friends from the Nashville music scene for the record. Two of them were producers Tommy Scifres (Aaron Lee Tasjan) and Robin Eaton (Jill Sobule), who both also worked on Easton’s 1998 debut masterpiece “Special 20”. I find it interesting that he went back to his beginning to do a record about moving forward, but it obviously paid big dividends on the finished product.

Easton’s songs are revitalized and strengthened on this release. The album has a live feel due to recording his vocals as the musicians played, instead of over-dubbing them in later. The title cut is a reflective song about his past acknowledging mistakes but also reminiscing. The song was originally intended to be a piano ballad but morphed into a Country-Rocker. This gives it an upbeat feel to some tough subject matter. The Dylanesque “Real Revolution” is powerful tune that lyrically is a sort of a confessional. It is not the type of revolution you would expect in these politically charged times. Keeping with the theme of the album, it is a revolution of the heart. Easton does stray from the theme of the record on two moving tracks, “Voice on the Radio” and “River Where Time was born”. The former is a tribute to John Prine. The latter is a tribute to Justin Townes Earle.

Tim Easton was Americana before the genre had been named. Indeed, he was a pioneer back in the days when we called it Alt-Country, helping define the category. Now, over 20 years and 10 albums later he is reborn on “You Don’t Really Know Me.”